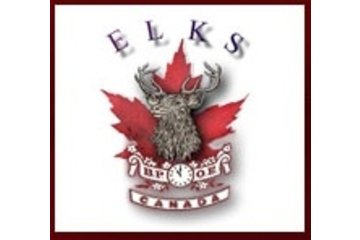 HISTORY OF THE ELKS OF CANADA

Founded September 26, 1912 and incorporated under a special Dominion of Canada Charter.

First lodge established in Vancouver, B.C. The Officers and members expanded the Elks organization across Canada. Charles E. Redeker became the first National Leader of the Elks of Canada.

The largest, all-Canadian, Fraternal organization in Canada developed. Prior to 1912 an Elks organization flourished in the USA. The Elks of Canada are not affiliated with the American Elks, but share a common history and enjoy a friendly relationship.

In the USA the Elks began with a group of actors and entertainers led by Charles A. Vivian, an Englishman. They chose the name Elk because of the animal’s stately qualities. The framework of the organization was developed at a meeting in New York on February 16, 1868 and spread rapidly becoming one of the most respected and successful organizations in the United States of America. It was only natural to base the Elks of Canada on such a fine example. The Elks of Canada have grown to approximately 300 lodges with 17,000 members committed to our Vision of being the most progressive family focused organization in Canada, meeting community and member needs and expectations.

Over the years changes have been made to realize this Vision. In 1998 a referendum was passed by the membership removing the word male from the Constitution - permitting women to join the Elks.

The qualifications to become a member of the Elks are: Any person of good reputation, a believer in a Supreme Being, an adherent of lawful government and having attained the age of majority as established by the province or territory in which the Lodge is located.

Members are initiated by their home lodge, become members of the National Order and receive a warm welcome in any lodge they visit across Canada. Think of it as a "national network" of friends.